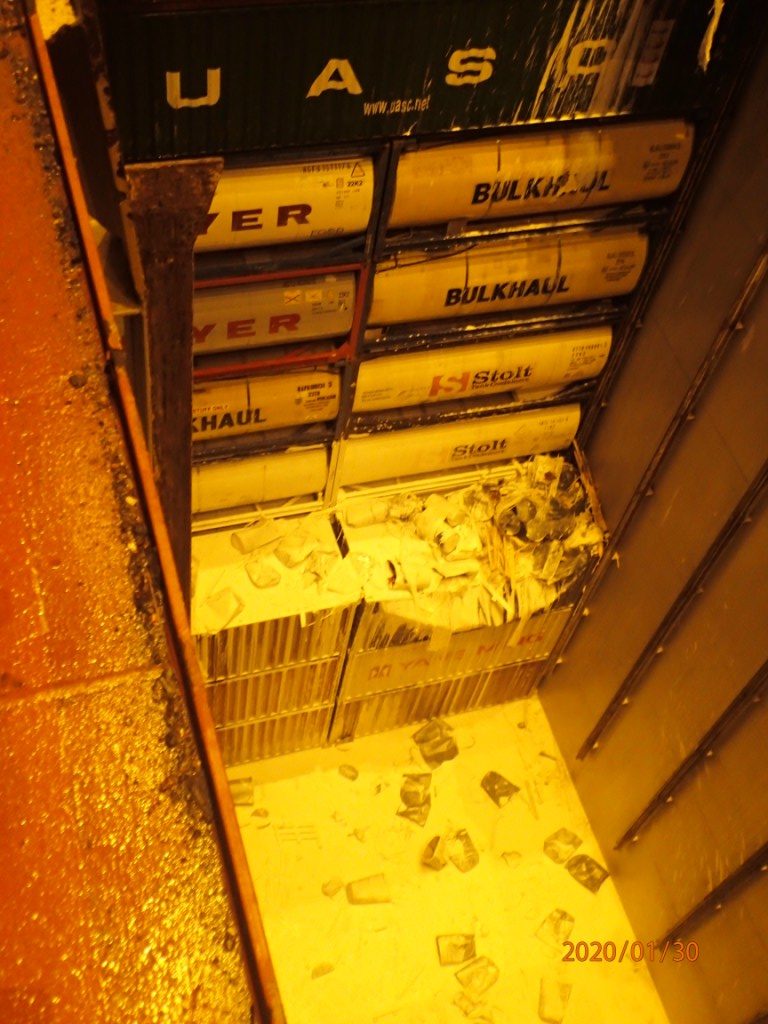 After a 40ft container was loaded in the hold of a large container vessel at Rotterdam-Maasvlakte, the crane driver lowered the spreader on two 20ft containers, which were to be discharged simultaneously (twinlift operation). The spreader how-ever, was not changed to twinlift modus and were hoisted up to the top of the cargo hold. Above the deck the 20ft containers slanted and got stuck in the railing of the lashing platforms. The spreader could not be moved up and down; there was immediate danger that both containers would break loose and drop in the cargo hold.
It was found that both containers weighed approx. 18 tons and did contain coconut milk and cashew kernels. Both containers were connected to the lashing platforms of the ship with heavy steel wires.
By moving the crane spreader up and down and driving back and forth, finally the spreader broke loose. Both containers dropped to a vertical position and kept hanging on the wires.
Unfortunately, the doors of one of the containers burst open and the whole cargo of plastic barrels with coconut milk dropped in the cargo hold. Several containers incurred damage and the cargo hold was severely contaminated with product.

A specialized environmental salvage company was instructed to assist. Both 20ft containers were hoisted with wires ashore and placed on a trailer. After salvage of the containers, a large crew started to clean the cargo hold with the use of a vacuum unit, storage tank and high-pressure water cleaning.
We were involved in the salvage and cleaning operation on behalf of the stevedore.
Subsequently, damage survey on the spreader, several containers and cargo including repacking was conducted by us and findings reported including estimation of costs.
Similar cases are handled quite frequent by Marintec Expertise. 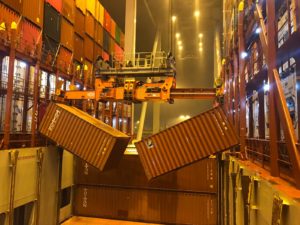 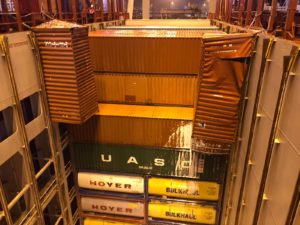 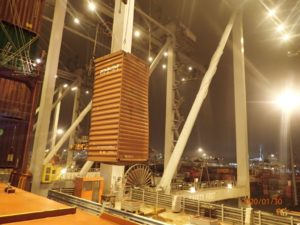