Spreader with container dropped on containers loaded on barge. 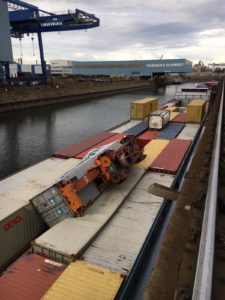 At a container terminal a gantry crane was carefully lowering its spreader with locked 40ft container in the hold of a barge, when it suddenly continued lowering in uncontrolled manner. This resulted to damage to the spreader and several containers. We were appointed on behalf of the container terminal. In deliberation with the terminal and the counter surveyor salvage of the damaged spreader and damaged containers was organized. We were involved in the full salvage operation and repacking of the cargo. The cause of damage was investigated by us and was found to be a mechanical failure. The extent of damages on the containers, cargo and the spreader was surveyed and reported including estimation of costs. 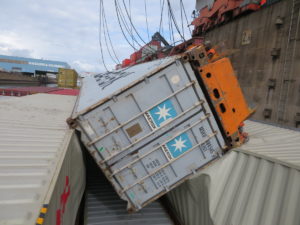 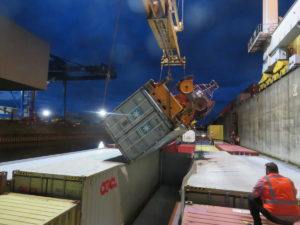