During unloading of a container a truck was lifted and fell onto another truck.

Commissioned by a Rotterdam container terminal, an investigation was conducted into the cause and extent of damage at the terminal. A truck with trailer delivered a 20ft container. While the container was being lifted, a twistlock of the trailer was found not to have been released at all. As a result, the trailer was lifted with the container and the truck moved to the rear, towards an also waiting truck. At a certain point, the twistlock broke loose from the trailer and the trailer then fell onto the cabin of the truck behind it. Fortunately, the driver of this truck had left the cabin and was at a safe distance when the trailer fell. Similar cases are handled quite frequent by Marintec Expertise. 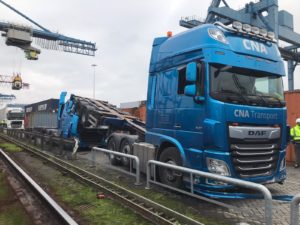 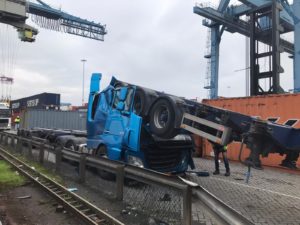 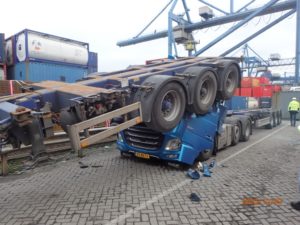